Anything that can go wrong, will go wrong. ~ Murphy’s Law

A couple of weeks ago, a friend suggested I join a local baking contest. I hesitated at first because I couldn’t think of a recipe to submit and also because I’m just not one who typically likes to enter contests. However, after I thought about it a couple of days, I decided joining might be fun and could provide motivation for me to test and adapt a couple of recipes I’ve been wanting share with you. I registered for the event last week, committing myself to two desserts, a cake and a gluten free tart. Before I go on, I should first say that it’s never a good idea to commit oneself to something you’ve never tried before, especially when entering a contest! I ended up having to make several (I eventually stopped counting after the fourth batch!) versions of my cake. Everything that could have been a problem with a cake, was a problem. So I continued testing until I thought it was right. I had planned to make my cake the night before the contest, but that didn’t work out. Murphy’s Law. I won’t go into the long story, but suffice it to say, it involved a hot mess. So, I opted to rise early and make my cake and tart the morning of the contest. Deadline was a 12:30pm. 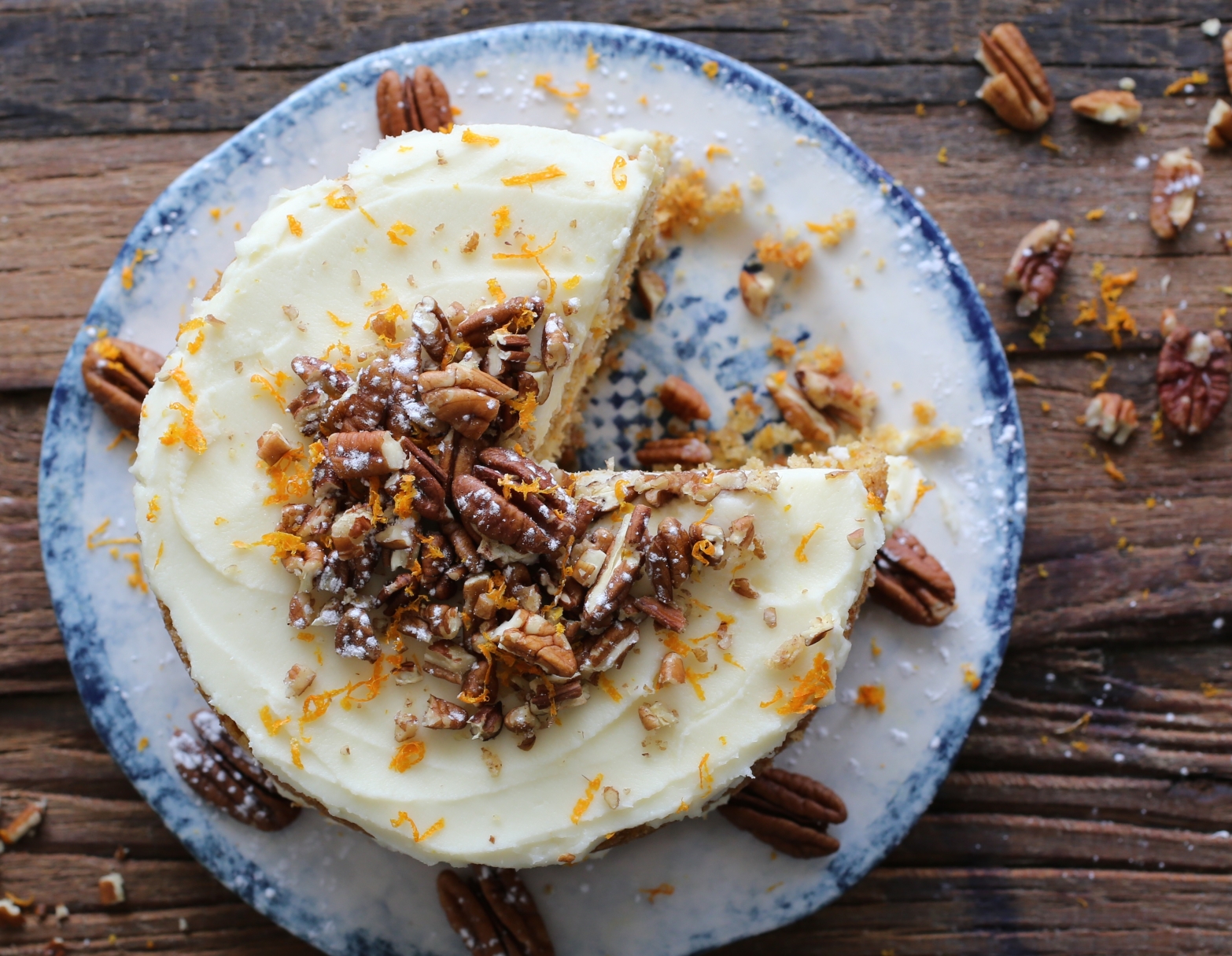 Yesterday morning was the day of the contest and Murphy’s Law rang true again. I made the batter. It looked great. Then I put it in a spring form pan instead of a regular one. While the cake started to rise beautifully, my oven started to smoke out. The fire alarm cried out, my toddler yelped and in a skinny second I realized I had another hot mess, literally. The oil leaked out from the pan and started to burn on the oven floor.  I had to quickly pull the cake out. Not yet fully cooked, the cake sank and turned into a sludgy, inedible mess. 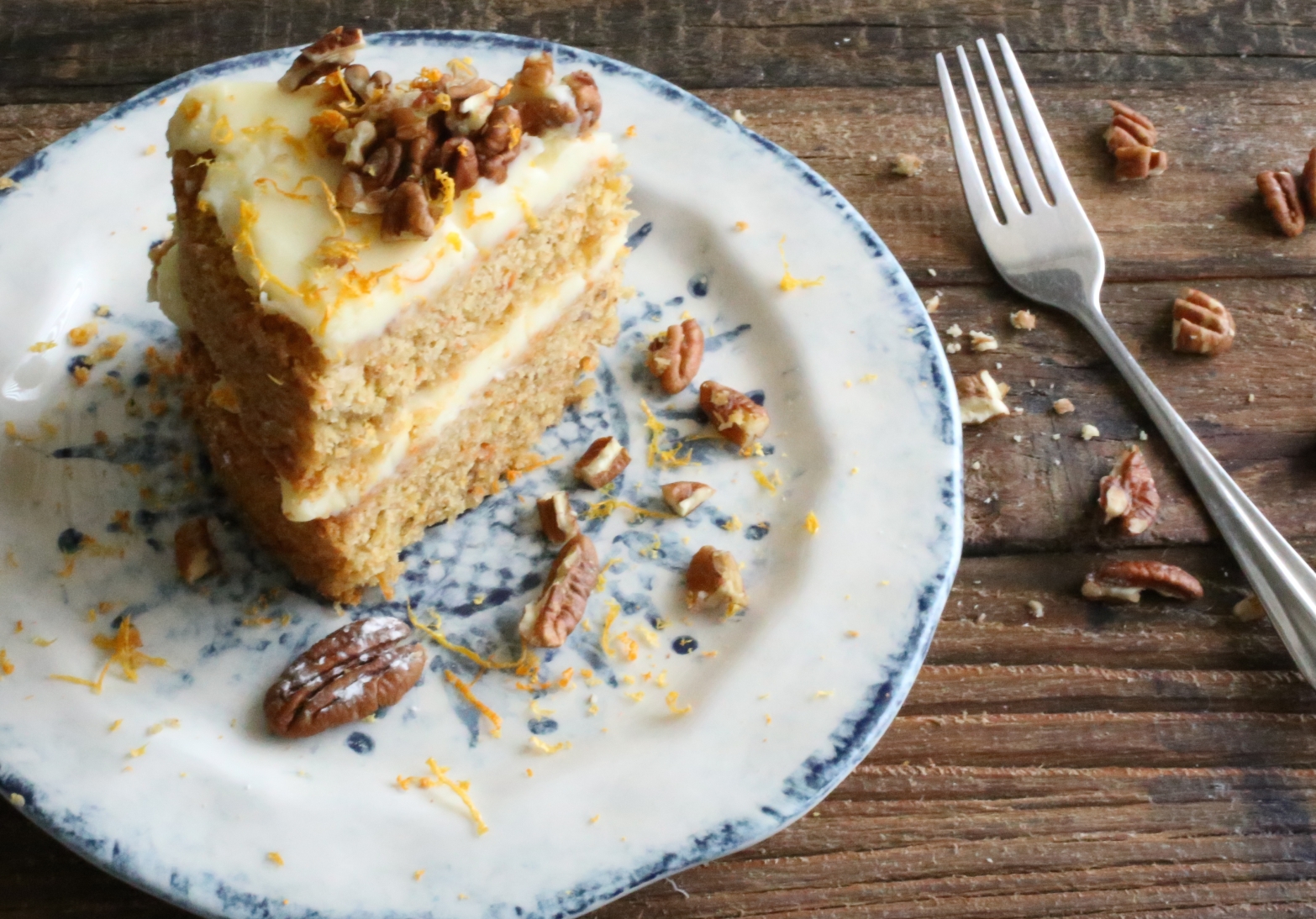 Oh dear. Should I just pull out of the contest? The clock was ticking and I’d be lying if I didn’t say the idea crossed my mind. It was tempting to call it quits, but then I’d feel horrible if I bailed. I figured submitting my best version of what I could do would be better than not submitting anything. Did I mention I hadn’t even started to make my tart yet! Breathe. I told myself. Focus and find your Zen Martine! Making this is not about winning, it never was, so enjoy the process. So, I grabbed my toddler and together we decided to channel Bob Marley and sing Three Little Birds while dancing in the kitchen. My little one recently learned the words of Marley’s song so it was fun to hear his little voice singing such an upbeat song. Holding and listening to him sing put just enough wind beneath my wings to help me finish what I needed to do. If you’re unfamiliar with Bob Marley’s song, it goes like this:

Rise up this mornin’,
Smile with the risin’ sun,
Three little birds
Each by my doorstep
Singin’ sweet songs
Of melodies pure and true,
Sayin’, This is my message to you-ou-ou

So what if you’ve had to deal with Murphy’s Law the past few days?, I thought. It’s how you deal with it that really matters. I dumped my fallen and sludgy cake in the trash, cleaned the oven and started on another cake yet again. After it was in the oven, I realized I had forgotten to put in my orange zest. Oh well…. I began working on my tart. When the cake was cool enough, I quickly decorated it and snapped a few photos. At 12:10pm, both desserts were done! My husband, toddler and I made a mad dash to the car to drive to the location where I had to drop off my entries. Of course we had the slowest driver on the road driving in front of us. 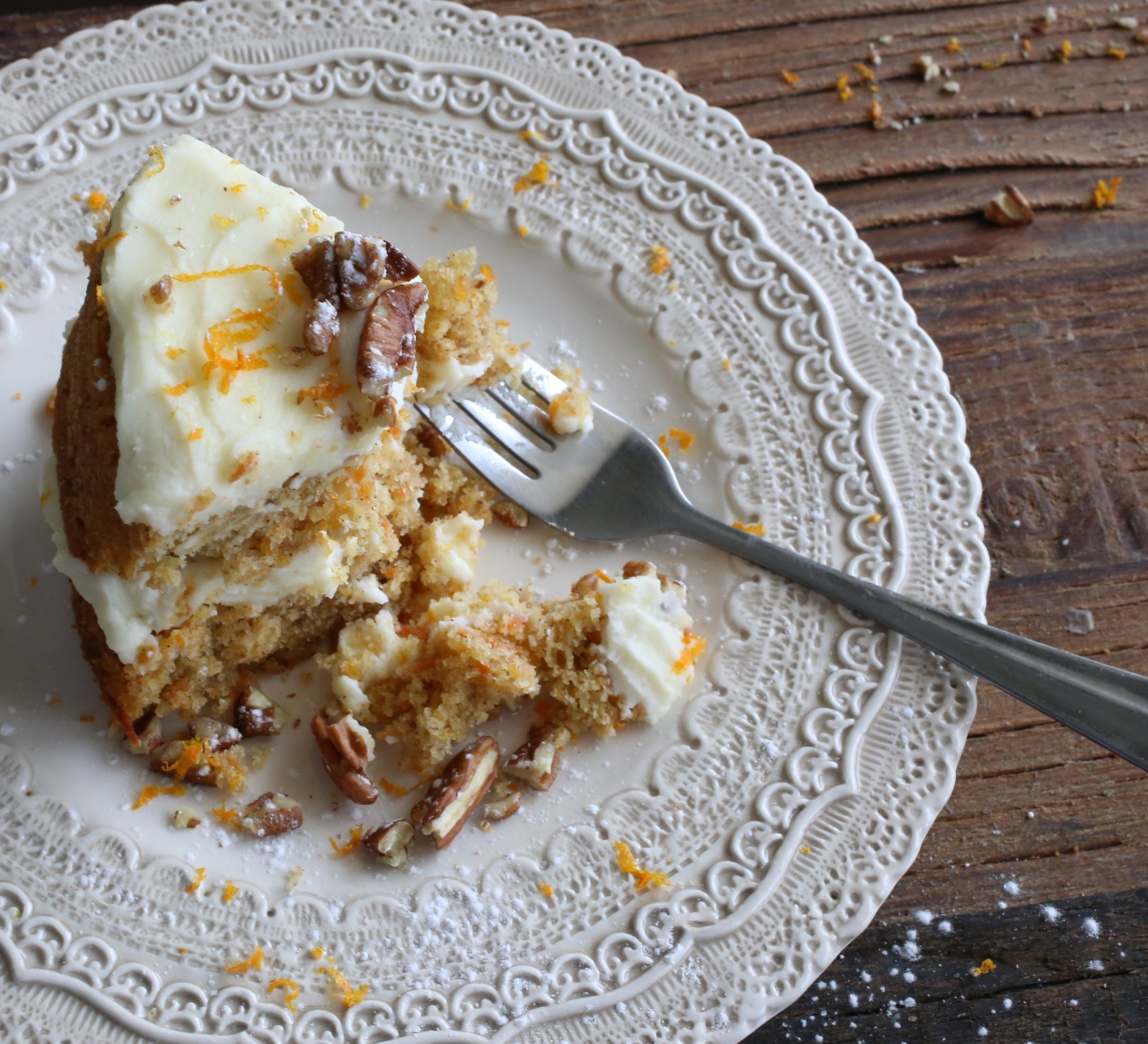 We made the deadline with a whole THREE minutes to spare. Phew! I was done and that alone made me feel like a winner. Despite the hiccups along the way, there was never really any need for me to worry. Every little thing [was] gonna be all right. My son knew it all the time. He reminded me while singing his sweet song. The cake I entered in the contest was this Sweet Potato Cake.

Grease an 8”or 9” baking pan with coconut oil. You could also use two 6” pans.

Spread batter into pan(s). Bake for 22-25 minutes or until a toothpick inserted in the center comes out clean. Cool in pan(s) for 5-10 minutes before turning it out to a wire rack.

Combine all ingredients in a bowl. Mix until combined, about 1 minute. Please note, DO NOT OVERBEAT. The mascarpone cheese will curdle if you beat it too long. I speak from experience…. Again, mix/beat only until the ingredients are combined.

When the cakes are totally cool, place one layer on a serving dish. Spread a layer of frosting on top and in between layers if making multiple layers. Garnish with chopped pecans and sprinkle lightly with powdered sugar. Serve and enjoy!

Notes: This cake can easily be doubled to make a layer cake. The recipe doubled, could be made with three 8 or 9-inch cake pans. If you like chunky nuts in your cake, you don’t have to ground the nuts, you can coarsely chop them into small pieces. You can also omit them in the cake all together and instead, add them to your frosting, if you prefer.

I only used a ½ cup of sugar as I don’t like my cakes too sweet, but this cake can easily have an additional ¼ cup (¾ cup of sugar in total) without being too sweet.