When peaches are in season, this really simple and tasty dish is served in my home again and again—for breakfast or dinner.

Sweet and juicy, summer peaches are one of my favorite seasonal fruits. From cobblers and pies to smoothies and ice cream, fresh peaches are a delicious addition to almost any recipe.

Buckwheat, slowly cooked in milk with peaches and coconut oil until it becomes creamy and tender—while adding cinnamon, vanilla and a hint of sweetness—makes this dish a summer favorite. 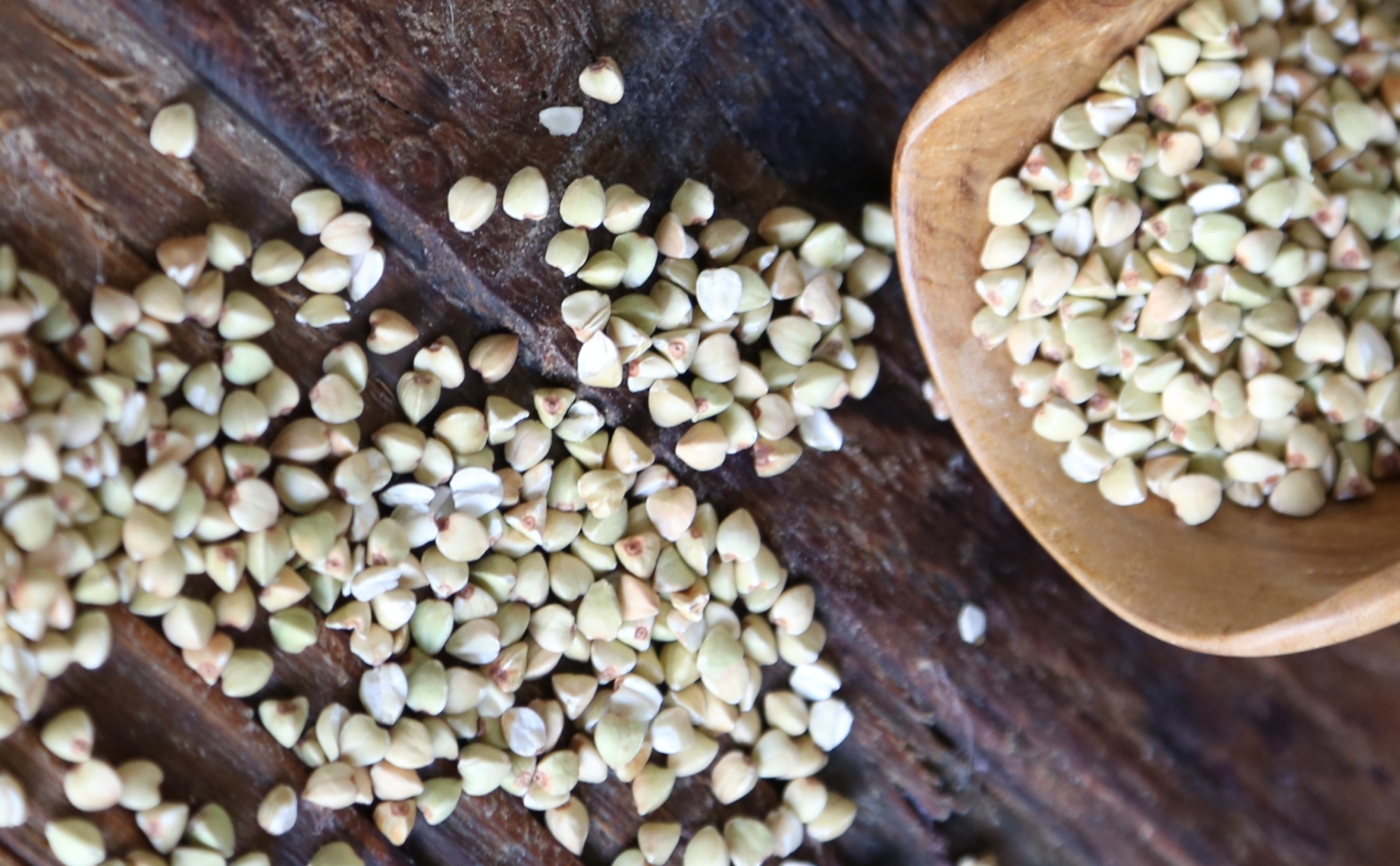 Made with plant milk and buckwheat, this recipe is both vegan and gluten free. If you prefer, you can use cow’s milk instead, and if you can’t find buckwheat groats, feel free to use rice.

Heat coconut oil in a saucepan over medium heat. Add peaches and cook until some juices have been released, about 5 minutes.

Add buckwheat groats and stir until well coated. Add plant and coconut milks, cinnamon stick, and vanilla. Bring to a boil, lower the heat, cover and simmer until buckwheat is tender and most of the liquid has been absorbed, about 25 minutes. Add more milk if it becomes too thick.

Discard the cinnamon stick, and mix in salt and sweetener (if using). Top with chunks or slices of fresh peaches, or peaches sautéed in coconut oil. Add 1-2 other of your favorite toppings. Serve warm or cold.

All content is ©2013-2015 by Petit World Citizen. Unauthorized use of text or photography from this site is prohibited.